How to Fail at Networking as a Young Woman and Mother 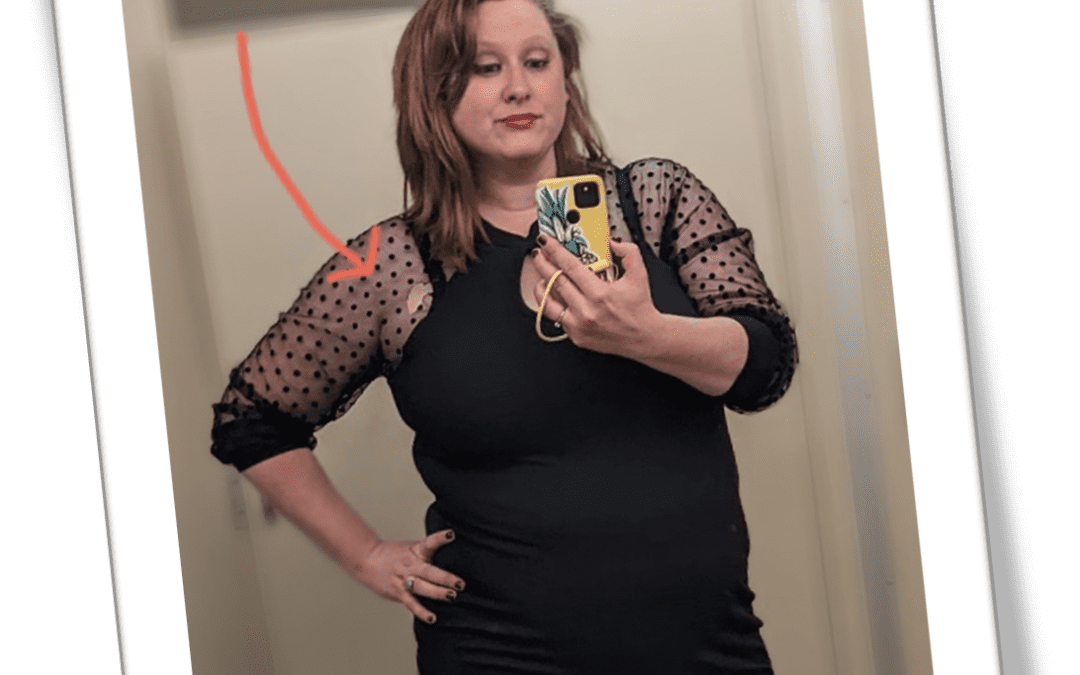 “Have you ever completely failed at a networking event? Many of us have and would be too embarrassed to talk about it, let alone write about it for a blog. Our very own Business Support Administrator had a few at a recent event and graciously agreed to share them with all of you. Part of living this life is to be able to recognize these awkward moments and laugh about them!”

My thumb went through the sheer netting material that were the sleeves of my dress I just bought from Shien.  That’s an extra $12 down the drain I wasted on a rush delivery for this networking event. Balancing on my work shoes so my bare feet wouldn’t touch the public bathroom floor, I awkwardly rolled up my nylon stockings.  I slowly lost my balance and used my head on the bathroom stall to stabilize myself.

Cool, cool, cool.  Hastily, I gathered my work clothes from the bathroom floor, and quickly assessed the damage to the dress.  I couldn’t tell if the hole near my armpit was extremely noticeable or not noticeable at all.  I concluded that if people were looking intently at my armpit, I think I would have bigger problems than the hole.  I also had nothing else to wear.

After a second trip to the bathroom to get my car keys I left hanging on the hook in the stall, I ran to my car and headed to the event.  Forty-Five minutes late to a cocktail hour, I finally arrived at the hotel parking garage.  An hour of networking was way too much for me, but I wanted to at least meet some people.  After descending three flights of stairs in the parking garage, crossing a creepy alleyway, entering another parking garage, and taking an elevator, I was finally at the event.  I quickly located the bar and sidled up to the end of the line.

My employers were supposed to join me at the event, but due to many extenuating circumstances and a couple of non-stop action-packed weeks, they were just not able to come.  I had considered not coming myself, since I had been nursing a day long exhaustion headache.  But I am a grown woman, and I can do things by myself!  And I was going to have fun darn it!

Trying not to look awkward, I scanned the room for someone to network with while I was waiting to get a drink.  There were two people in front of me talking, and I noticed the gentleman had the same last name as my maiden name, which was currently hyphenated on my nametag.

When I heard a lull in their conversation, I jumped in.  “Are we related?”  I asked with a stupid grin and hastily pointing back and forth to our nametags.  The man looked at me, confused.  In retrospect I realized the hyphenated name probably threw him off.  He awkwardly laughed, giving himself time to process my name.

“My sister’s name is also Abby,” he offered.

“Wait then, am I your sister?”  Stupid.  We both laughed awkwardly.  That was so stupid.

We were both at a loss for words, so we silently agreed to drop out of the interaction entirely.

The bar line didn’t seem to be moving, and I was debating on giving up my spot up to actually network, or if I should stay so it looked like I was doing something normal.  Finally, an event organizer came over to let us know that the bar upstairs just opened.  The gentleman I had awkwardly spoken with broke from the line, and I made the split decision to follow.  He had a fast gait, and I was forced to rush after him in my heels.

He sensed someone close on his tail and looked behind his shoulder.  I jokingly said, “I’m following you!”  He looked very confused.

To my mortification, access to the bar upstairs was in the opposite direction, and I had seemingly chased him across the room for no reason.  On a dime I veered off and found the hors d’oeuvre display.  Safety!  I grabbed a plate and started to make myself look busy, however I was on the wrong side of a one-way buffet.

Finally with food on my plate, I planned my next awkward attack.  Another young woman turned around, caught my eyes, and smiled a great big smile.  That was her first mistake.  Like a moth to a flame, I literally apparated at their table and started chatting with them.  I am not sure if they sensed my desperation, but they graciously allowed me into their small circle of contacts.

After we chatted, she gave me her card, and as I went to give her mine, I realized I had only brought my clutch.  I had left the cards in my wallet, in my car; an elevator, two parking garages, a creepy alleyway, and three flights of stairs away.

Finally, the event was about to start, and the event organizers started to corral us upstairs to our tables.  I couldn’t let my company down.  The only thing I was reminded to do at this event was to bring my business cards.  As people slowly followed the line up to their tables, I deftly weaved in and out of the crowd, jumped on the elevator, ran (in heels mind you) through two parking garages with a creepy alleyway in between, up three flights of stairs, and grabbed my business cards.

Then I ran down three flights of stairs, back through two parking garages and a creepy alleyway, down an elevator, and jumped back into the slow-moving line as if nothing was amiss (except for my sweating and heavy breathing).

As I was getting closer to my table, out of the corner of my eye, I saw the man I had chased after.  Maybe it was me just projecting my self-doubt, but I felt a strong aura in that direction of hope against all hopes that I would not be seated at his table.  After how awkwardly I had acted, I silently hoped that as well.

It was not my table.  The table I was assigned had only two people sitting there, and I politely went up to them and introduced myself.  The woman said that her business was in my hometown.  That got us on the topic of high school, revealing the fact that I went to school with her stepson, she went to school with my sister, and she was Facebook friends with my mother.

Of course, out of the 50+ tables, the only two people at my table knew my mother.  I was both relieved and embarrassed.  We had a great time chatting, and another woman from a popular publication sat down with us.

Once the event started, I texted my employers about who I was sitting with.  They told me to learn more about the woman from the publication, and not to forget to mention that we were a female owned and operated business that was established just months before the pandemic.  Journalistic gold!  Again, with the business cards!  I had not given out any.  Determined, I told myself when there was a lull in the ceremony, I was going to give out my cards to both ladies.

But there wasn’t.  Halfway through the ceremony the woman from the publication grabbed her purse and got up to leave.  I made a quick decision, grabbed my business cards, and for the second time that night, I chased after someone.

As she was trying to quietly exit, I squeezed through the shutting door.  She looked surprised and confused.  Breathlessly, I told her that I wanted to make sure I gave her my card, because I “had great connections in the area.”  (Not untrue, but also not 100% true.  I do have a friend-of a friend-of a friend).

I made it back to my table and gave the other woman my card.  BAM!  Success!  I sat back and enjoyed myself for a bit.  However, it was getting late.  The event was only half over, and I had an hour drive back home.  My husband was awesome and stayed home with our daughters, but this was not the only night that I was going to be out late, so I wanted to get home for bedtime.

I gathered all my things I had accumulated through the night (and some extra gifties that were not claimed at our table) and hugged them close to my chest.  I was terrified I was going to drop something in the middle of a quiet room of almost 500 people intently listening to the speakers. I hobbled out of the event space hunched over, protecting my belongings like they were gold, dodging people, cameras and extension cords.

The next day, I told my employers my story.  Following tears of laughter, they said, “We paid you for that?”  Jokingly, I think.  If anyone reading this can identify themselves in my story I apologize for my awkward actions, and I also really did have a lovely time at the event!